The Seychelles is a 155-island archipelago country located in the Indian Ocean off the north east coast of Madagascar. It is vast and sparsely populated, stretching nearly 1,000 km from east to west. The Inner Islands, which are merely remains of a submerged mountain range, rest on a shallow plateau with prolific marine life and calm easy conditions for diving nearby the capital city of Victoria on Mahe Island. The Outer Islands to the south and west of the archipelago are all mostly uninhabited and made entirely by coral reefs, so they are barely rising from the sea. These islands present the experienced diver with excellent opportunities to explore new and undiscovered areas.

All of the northerly islands have similar underwater topography, mostly granite boulder and reef dive sites where the huge round stones become covered with soft corals, colourful sponges, and fans. The fish life is prolific in these areas, due to the sheer isolation of the country and low population density in these areas. Wreck dives are sometimes an option around these islands as well depending on the itinerary and weather conditions. The islands to the south also have many wall dives, drop-off dives and drift diving opportunities. Outer Island diving is rich and varied, featuring everything from mini-walls and canyons and migrating Manta Rays; numerous wreck sites and some of the largest and finest gorgonian fans in the Indian Ocean.

Diving is possible all year round but is dependent on an island's position and which direction the winds are blowing. Generally, the best conditions for both the Inner and Outer Islands are in the calm periods, between April-May and October-November, when the water temperature can rise to 29∫C and offers excellent (up to 30 metres) visibility. In December and January, the north west winds blow but conditions remain much the same as in the calm periods, with the exception of greater surface movement and some localised decrease in visibility. From May to September the winds are stronger and blow south-easterly, which can cause the visibility and temperature to drop during August to 25∞C.

Liveaboard trips to this area are by far the best option, as the islands are so remote and dispersed. And some of the best diving is further afield from the main island of Mahe. Most trips run from Mahe out to Praslin and La Digue. 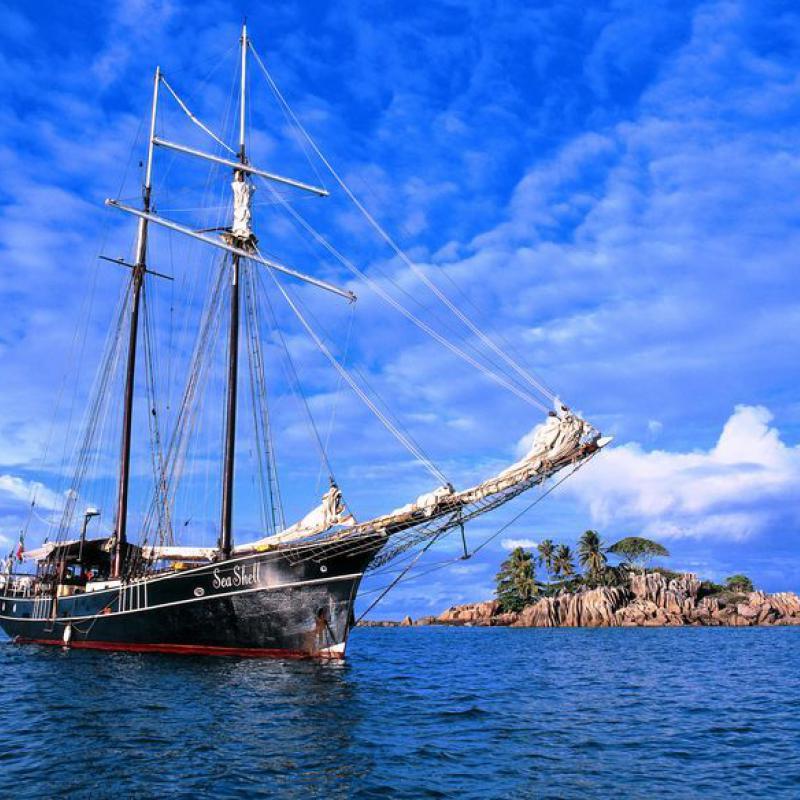 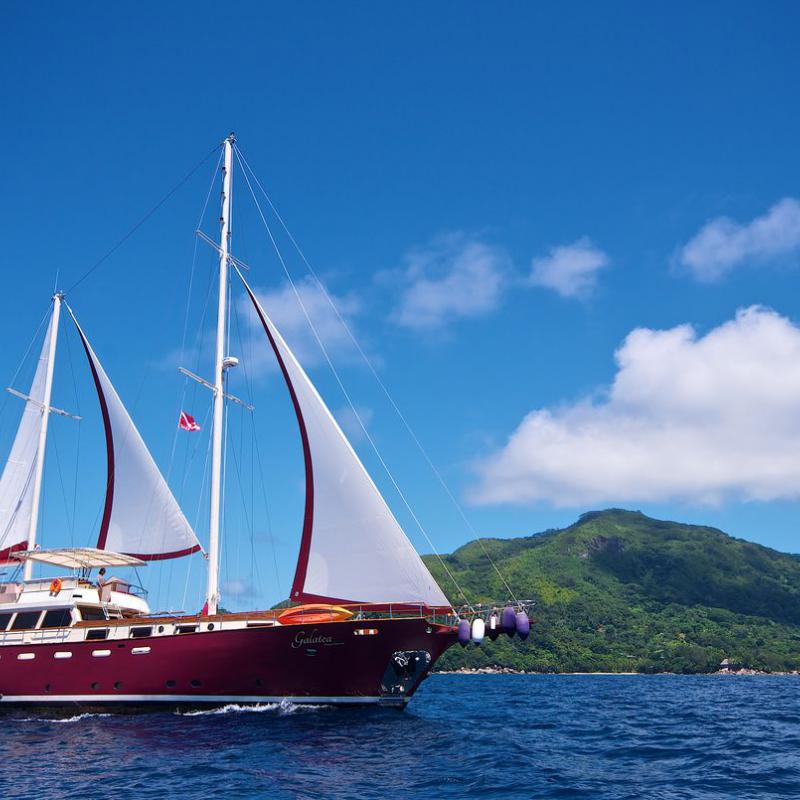