Caño Island (Isla del Caño) is a small marine reserve island located off the south pacific coast of Costa Rica in front of the Osa Peninsula. It is one of the most beautiful jewels in the Costa Rican National Park system. This area has stunning coral reefs along with rich marine flora and fauna.

Most of the action at Caño Island can be seen between 10 - 30 meters with visibility between 8 - 30m. The water temperatures are generally in the range of 24 - 29°C with cooler thermoclines. As this is Pacific, diving conditions are usually involved surge and mild to strong currents. Type of diving are maily with rocky pinnacles, canyons, walls and caves.

The best time to dive and vist Caño Island is between January to late May, with better chance to encounter Humpback whales and oceanic manta rays.

Liveaboard trips to this area also includes a complimentary day tour to one of these amazing bio-diverse parks where the scenery is spectacular which can be Sierpe River Mangrove Tour, Corcovado National Park Hike - San Pedrillo Station, Corcovado National Park - Sirena Station, Caño Island Hiking Tour or Drakes Bay Hiking Tour. The complimentary land tour will be pick depends on the tide and weather conditions.

Bajo del Diablo: Depth: 6 - 45m
This site is one of the best in the area. It has a huge area in which we can perform up to 3 completely different dives as the rock formation extends up to 500 meters. With depths ranging from 20 feet up to 150 feet. This site has amazing rock formations such as peaks and valleys, which huge snappers call home. Also seen are oceanic manta rays, white tips and even pilot whales; this is definitely the place where anything can happen.

Devils Rock: Depth: 18 -35m
This is an extension of Bajo del Diablo, the platform is so big that you can make up to three completely different dives in this area, Bajo Del Diablo, Devils Rock and Bajo del Diablo Deep, this site offers amazing rock formations and a huge amount of fish life. You will see white tip sharks, nurse sharks, all types of tropical fish mobula rays and manta rays, It is also a place where you can see big animals such as tuna or wahoo swimming by.

Bajo del Diablo Deep: Depth: 20 -35m
This site offers great action, as it is the furthest away into the ocean where you can expect big things. From black tip sharks to great hammerhead sharks, white tips and huge nurse sharks. This is definitely one of the best sites the Marine Park has to offer.

Sharks Cave: Depth: 10 -15m
This site is a shallow area with very calm water and close to the island. In this area there is a cave, which usually has up to 10 white tip sharks and has a very nice reef, which is covered with butterfly fish, small snappers, morish idols, surgeonfish and occasional mantas and different type of rays. It is definitely a beautiful relaxed dive.

The Arches: Depth: 10 – 18m
This unique rock formation that looks like arch’s as the name suggests, has very similar marine life to that one in Cueva del Tiburon (sharks cave) due to its proximity, you will find beautiful reef fish and several white tips during the dive.

El Barco Hundido: Depth 12 – 22m
Although the name suggest that there is a sunken ship in the area you will not find one, this site has several rock formations. Huge schools of fish are seen including large groupers, amberjacks, rays and turtles.

Paraiso: Depth 18 – 25m
Located just outside of the limits of the national park, it is a place where you’ll have some current and an impressive amount of life, such as schools of snapper, amberjacks, schools of jacks, and a big amount of tropical reef fish, as well as schools of barracudas. Many times wahoo patrol this area as well as humpback whales can be seen.

Queque: Depth 25 – 35m
This site is located just outside the protected marine reserve area, as its main feature has a big rock with so much soft coral that gives the diver an amazing opportunity for pictures. Big snapper, amberjacks, white tip sharks are seen along with the biggest attraction, “the Garden” which has varieties of color such as yellow, orange, greens and purple. This dive is always remembered by the large quantities of fish that are seen.

El Faro: Depth 10 - 25m
This dive site has a very nice rock formation where you will see lots of gorgonias and tropical fish. You will have a chance to see big fish such as amberjacks and snappers.

Paradisus: Depth 20 - 25m
This site is close to Paraiso, you will find very similar rock formations that are a mix between big rocks and sand areas where white tip sharks are found as well as huge schools of fish and schools of barracuda. Many times this site is remembered for the singing of humpback whales.

Coral Garden: Depth 5 – 15m
This place is perfect for last dives of the day or the night dive; it has a nice coral garden surrounded by a variety of tropical fish. It is an easy and relaxed dive where you can observe white tip sharks and other small fish swimming around the colorful coral gardens. 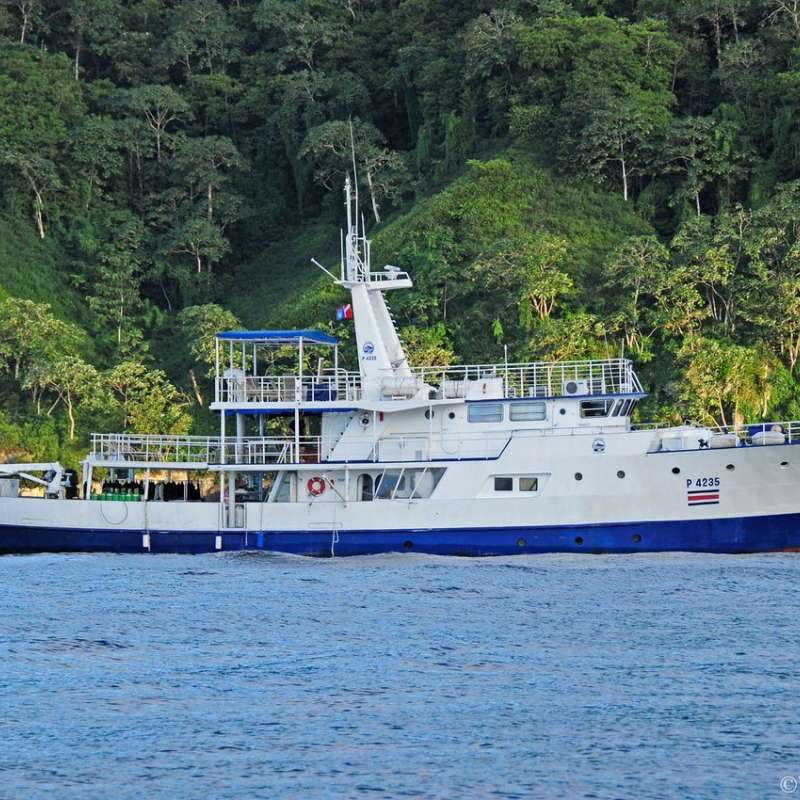 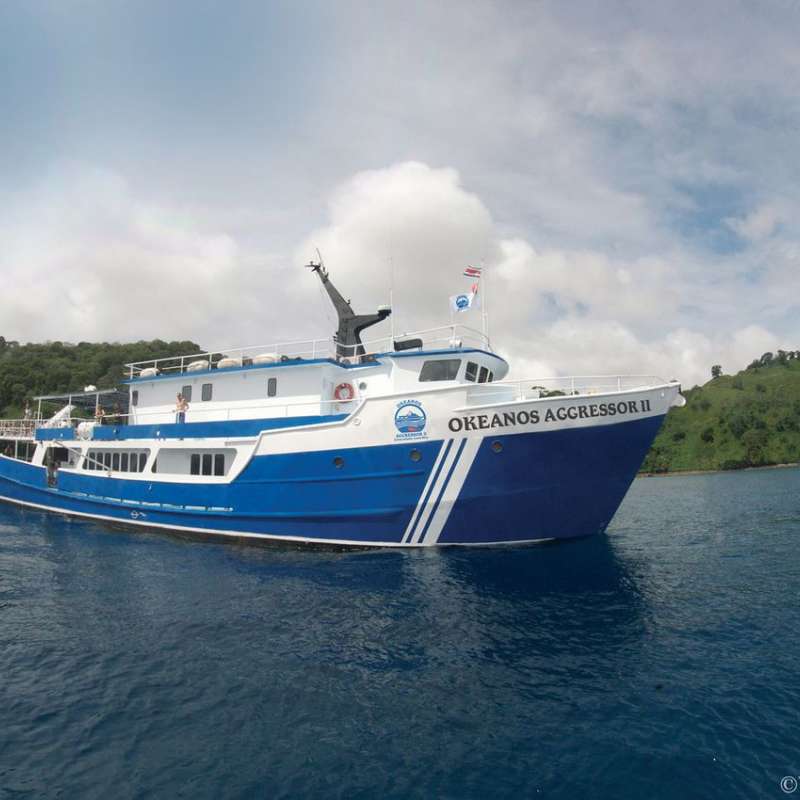 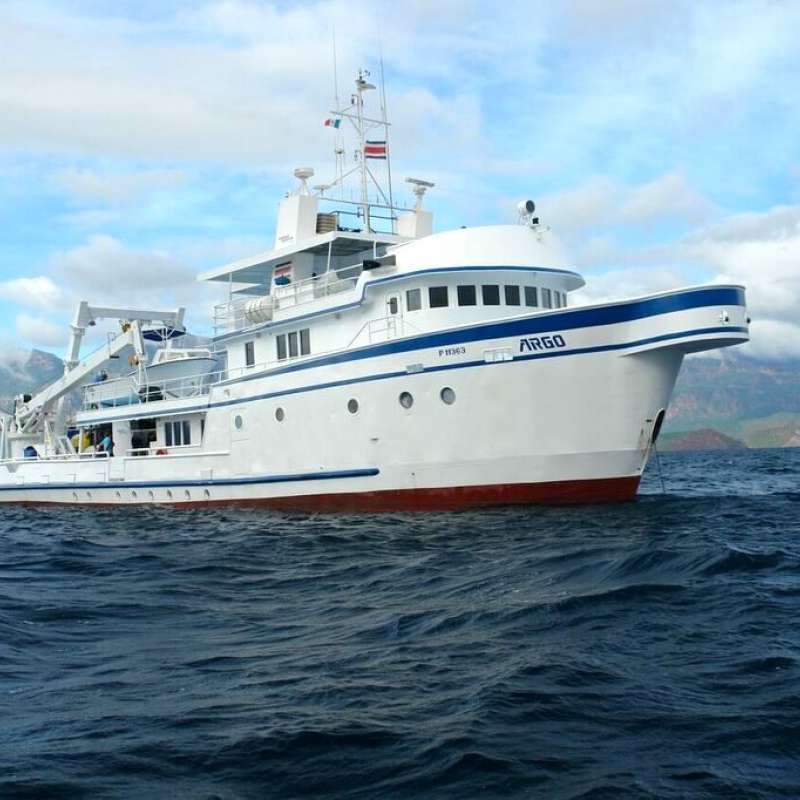 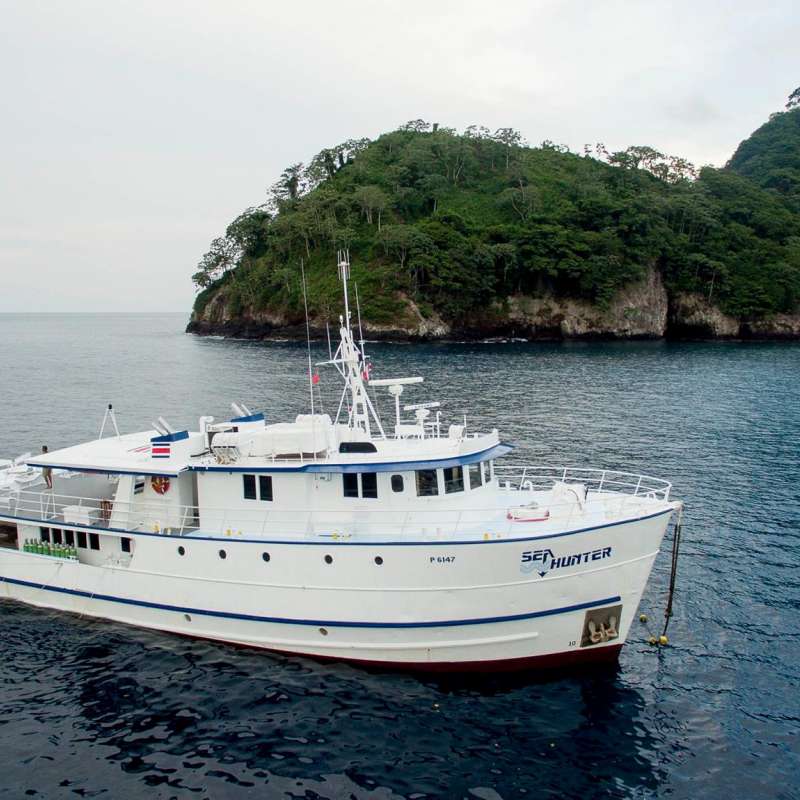