French Cay - Double D Simply described as a “Garden of Eden”, the wall is overgrown, and there is an abundance of marine life. There are two huge coral mounds teeming with fish. A resident spotted scorpion fish often poses for photographers. Spotted eagle rays are often seen here.

French Cay - Rock and Roll The top of the wall is at 40 feet, and there are plenty of barrel sponges, elkhorn, and pillar corals. Juvenile barracuda and lobsters are spotted during the day. This a great afternoon and night dive.

Northwest Point - Black Coral Forest The walls starts at 45 feet and drops to below 300 feet. There is an overhang where at least five species of black coral are growing. The base of the overhang is at 75 feet.

Northwest Point - Shark Hotel Named for the Caribbean reef sharks sometimes seen cruising by, the wall levels of at 90 feet at a plateau covered with plate corals. At 100 feet, a chimney cuts through the reef exiting at 130 feet on the deep wall with lots of pillar coral on top of the wall.

Northwest Point - The Crack The wall doglegs to the south forming a huge penny slot crack that divers can swim and exit at any time. A massive barrel sponge with an anemone above it is at 85 feet. Divers can swim to the south where you may encounter schooling fish and a resident sea turtle.

Northwest Point - The Dome Once the site of a French television game show, this sunken dome offers a spectacular night dive.

West Caicos - Driveway One of the most diverse dive sites along West Caicos, the boat is moored in 35 feet of water offering the options of swimming to the wall over “the Driveway”, a large sand chute, or cruising on top of the wall in shallower water where there are many interesting isolated coral heads. There are anemones growing in the shallows at only 5-10 feet of water depth.

West Caicos - Gullies Divers can swim through a penny slot gully that starts at 45 feet and ends at 75 feet where there are beautiful sponge formations at the edge of the wall and schooling fish on top of the wall.

West Caicos - The Anchor/Whiteface Called “Whiteface” for the white sandy cliffs along West Caicos, this site provides a swim- through gully with a 17th century anchor wedged in the north side. A beautiful, large white anemone sits at about 95 feet at the base of the gully. Divers keep an eye out for the resident reef shark who is not camera shy and enjoy great night dives with lobsters, octopuses, and nurse sharks.

The Turks & Caicos Islands. All whale charters depart from Puerto Plata, Dominican Republic. During the week, guests of our Dominican Republic Humpback Whale Watching itinerary will observe the whales at close range which includes above the water and soft in water encounters. You'll see them spin and play, hear their haunting songs resonating through the water and sense the power and grace of some of the most intelligent mammals on earth - it’s a life-changing experience!

SATURDAY: Boarding is at 4 p.m. with a 9:30pm departure to Silver Bank.

MONDAY -THURSDAY: First tender runs will commence after breakfast at 8:30 am. Whale runs are throughout the day. “Sundowner” cocktail parties are hosted on the sun deck every afternoon following whale runs. Nightly presentations and videos will be after dinner.

FRIDAY:The yacht returns to the Ocean World Marina in Puerto Plata late Friday afternoon. Friday night, dinner is not served onboard; however, the crew will recommend a restaurant in the marina.

SATURDAY: Check out is between 7 –8 am

I spent a 10-day trip on the T&C Agressor in the July, 2012 and really enjoyed it! T&C had a lot of the usual critters the Belize and Bonaire does, but it also had a lot of reef sharks. Excellent wall diving and visibility was mostly in the 75 - 100 ft range. The crew on the T&C aggressor was awesome, very friendly and helpful. I recommed divers bring 5mm + wetsuit. Thank you Dive and Cruise. 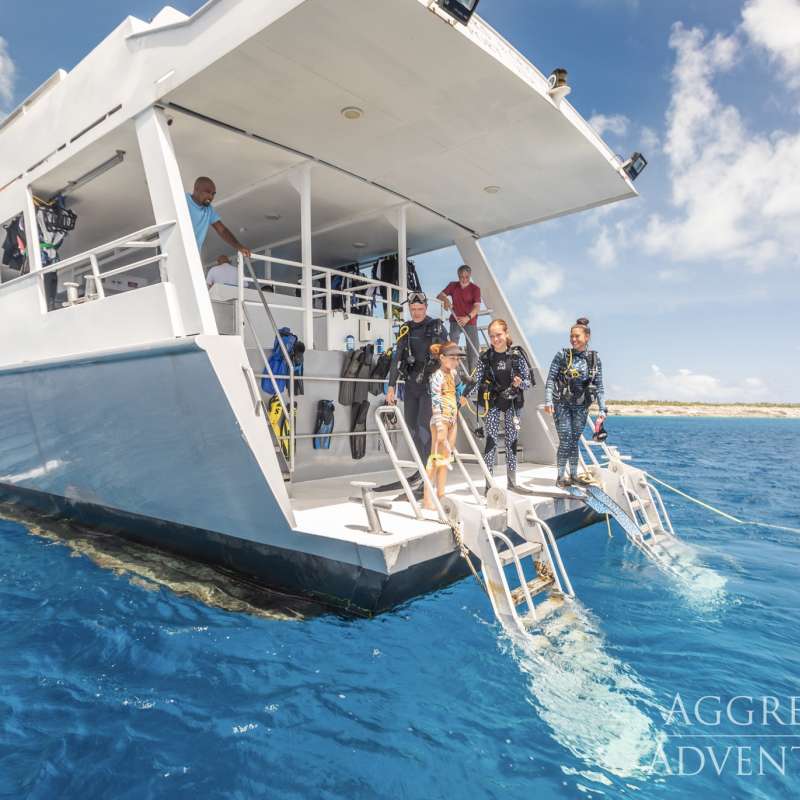 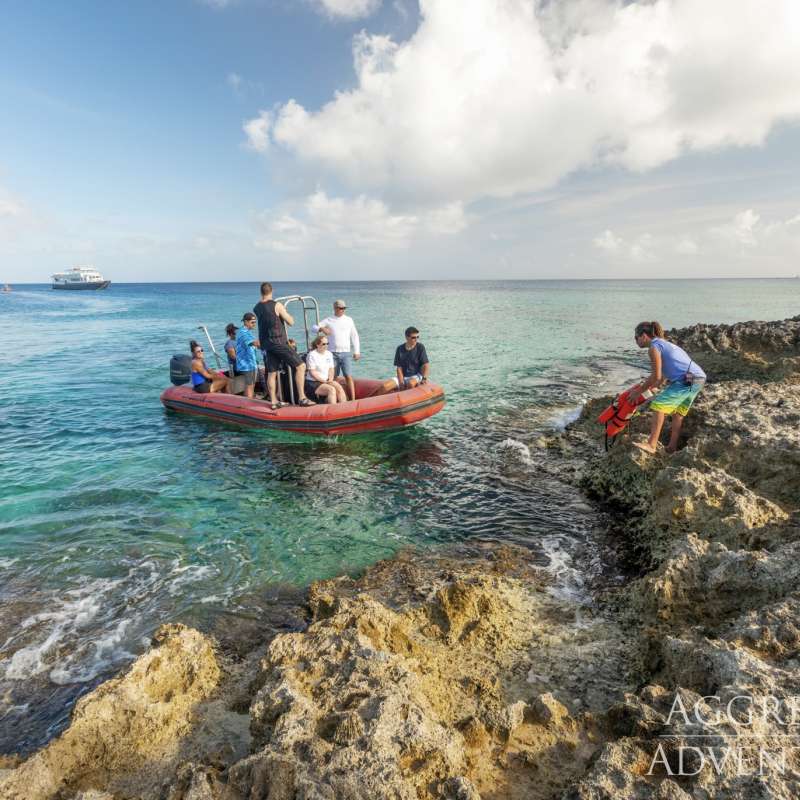 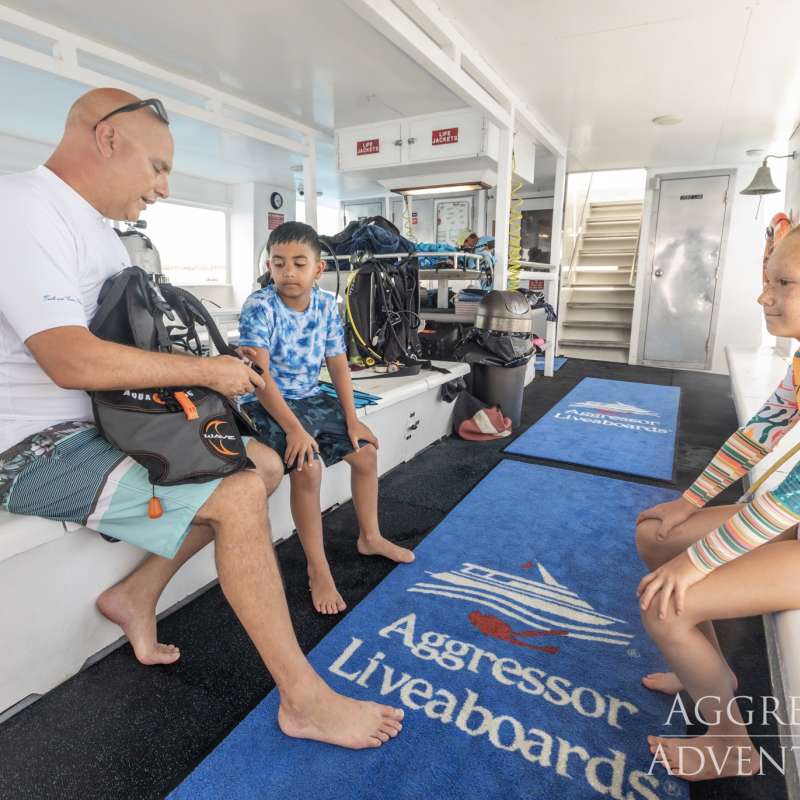 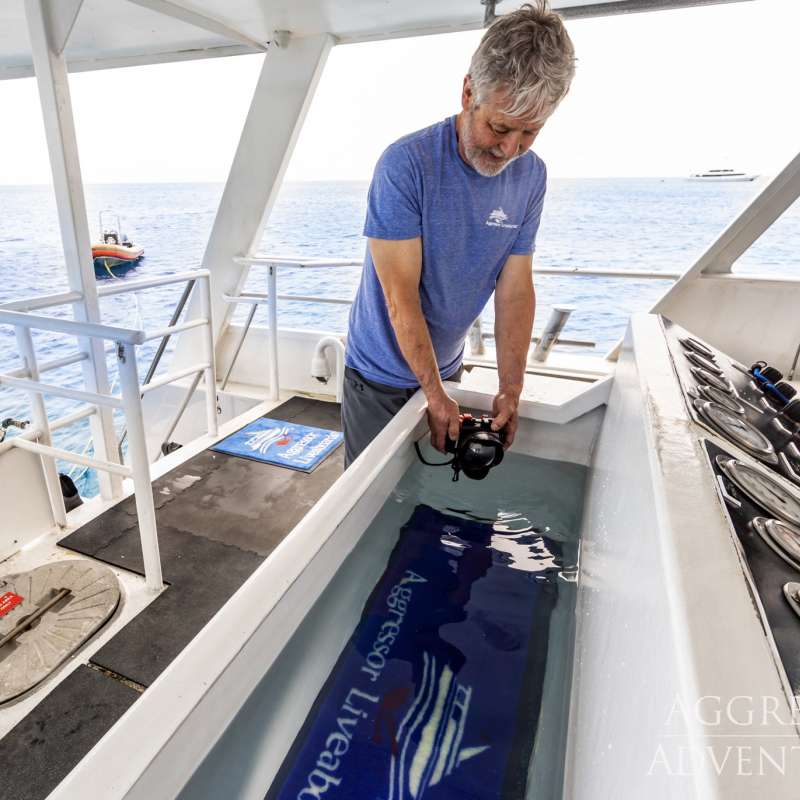 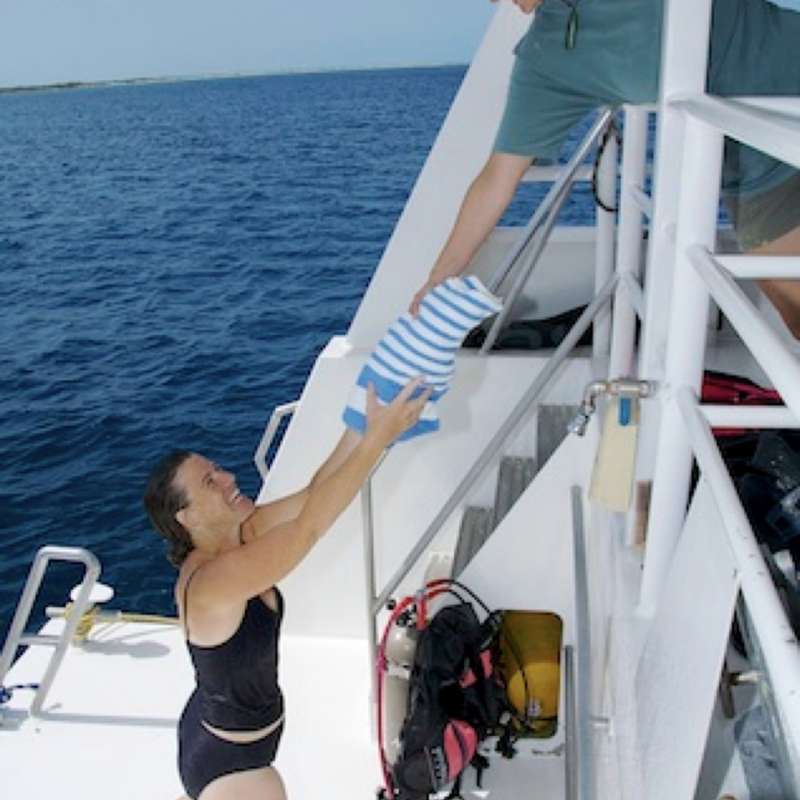 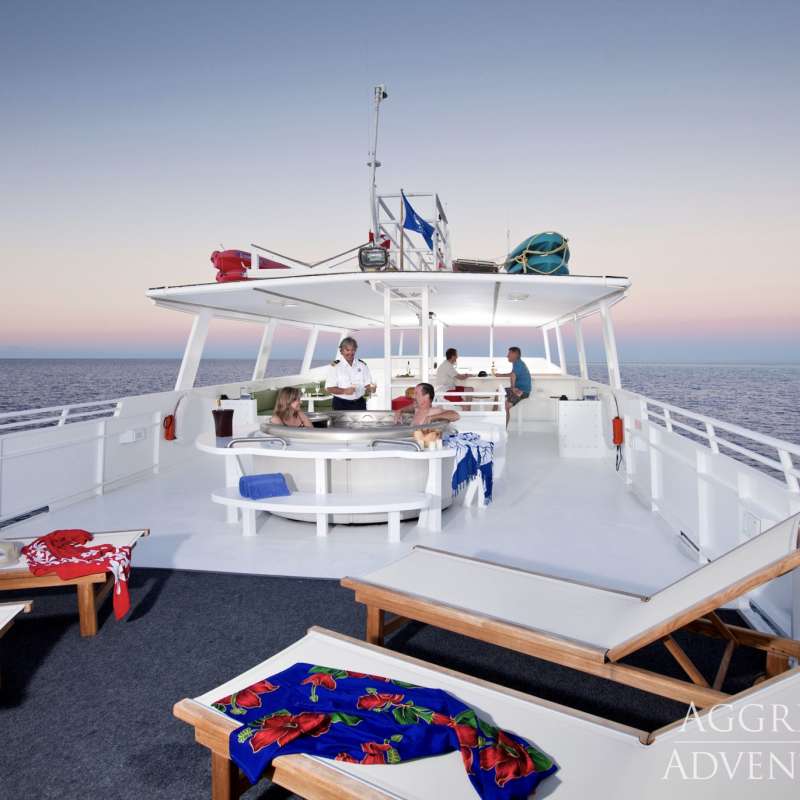 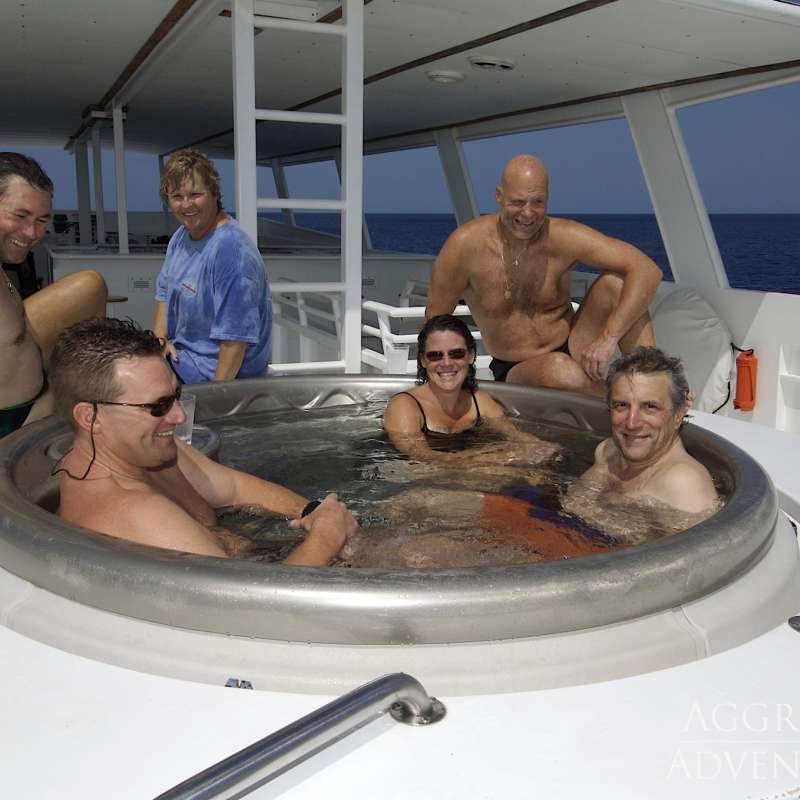 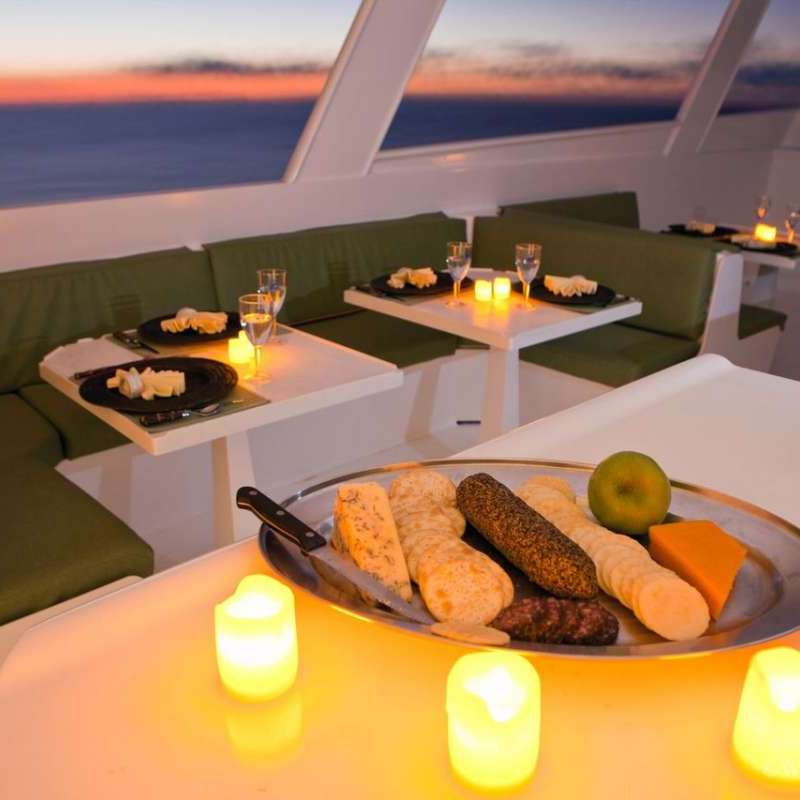 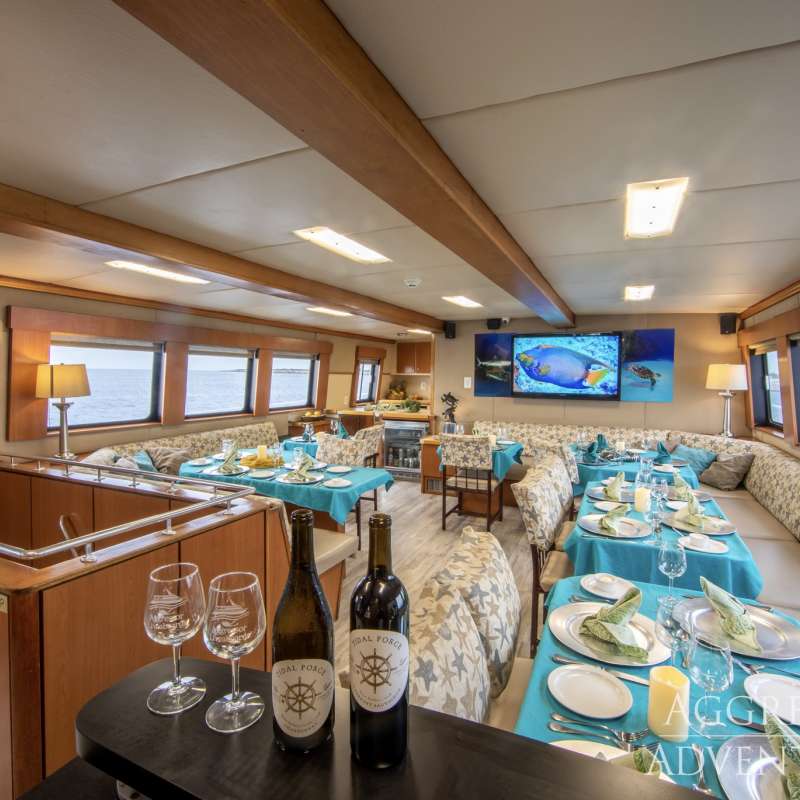 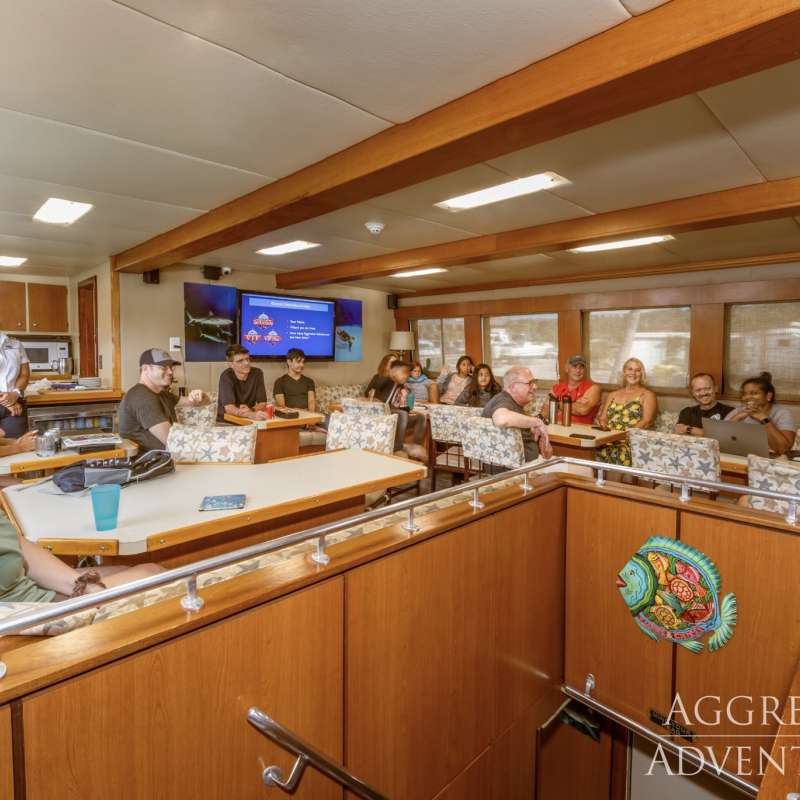 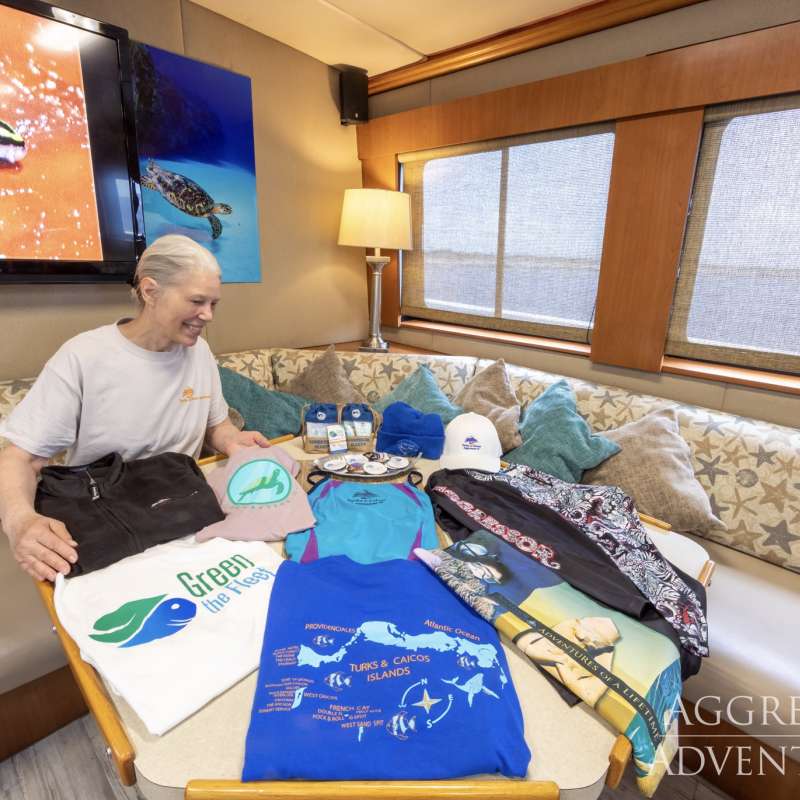 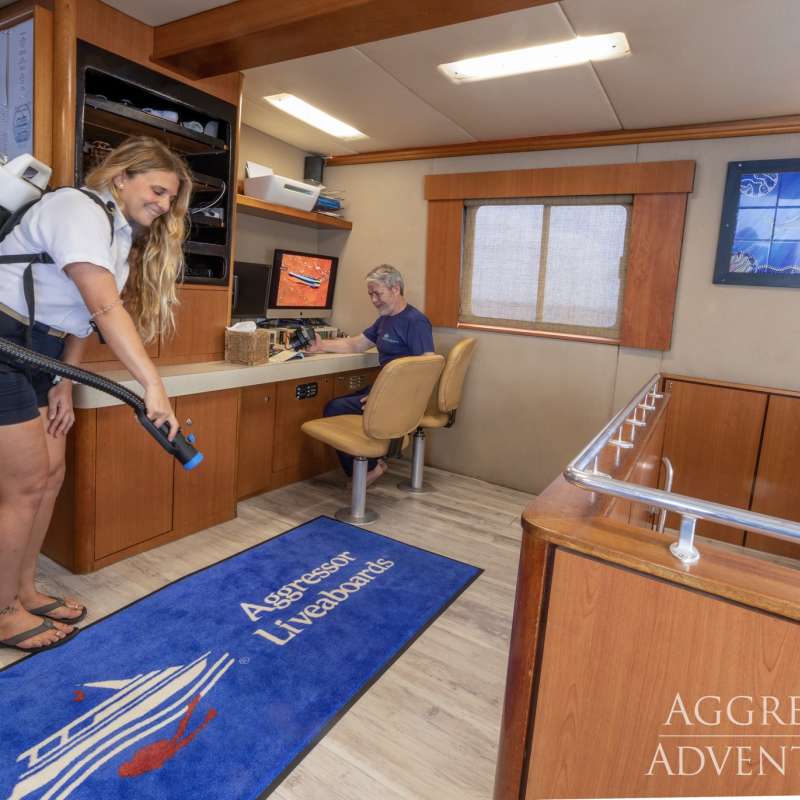 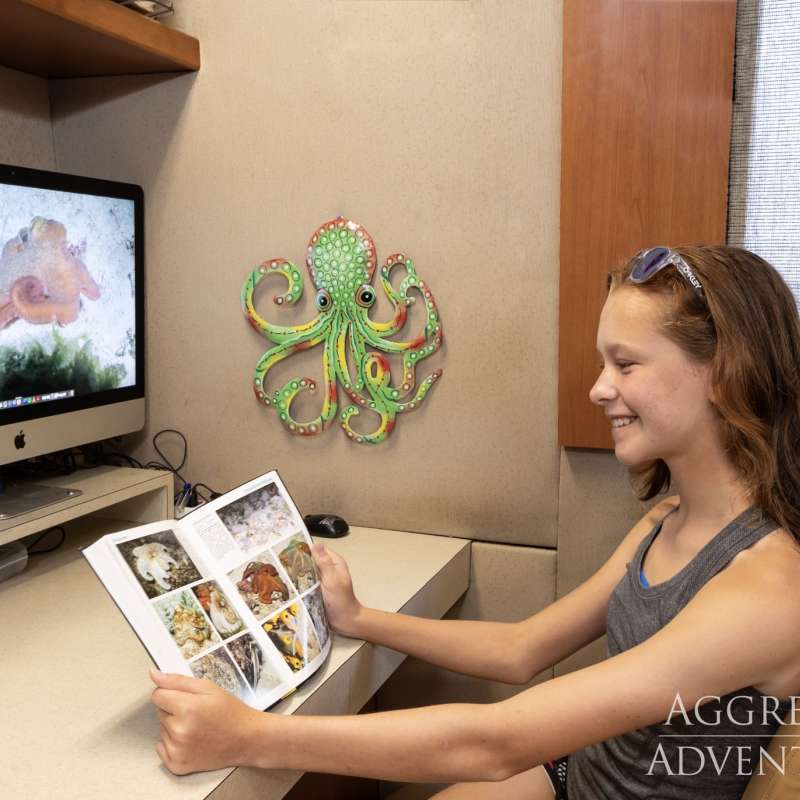 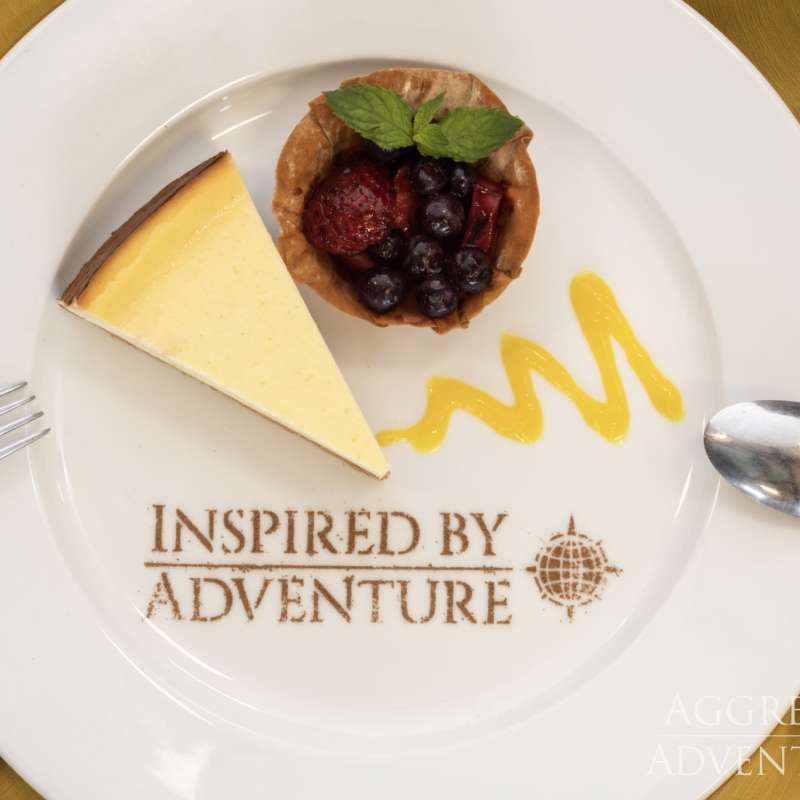 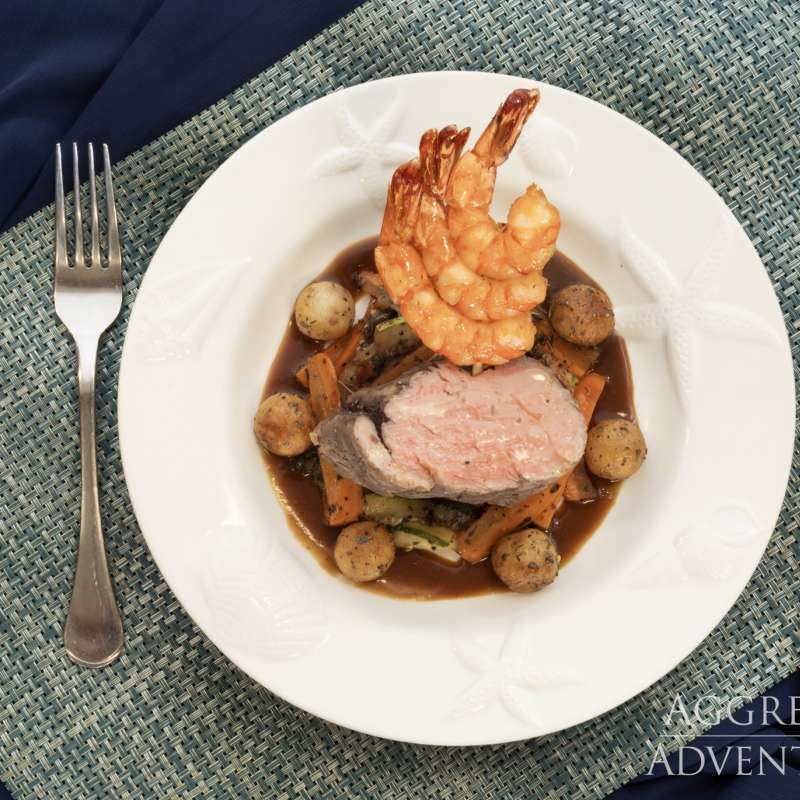 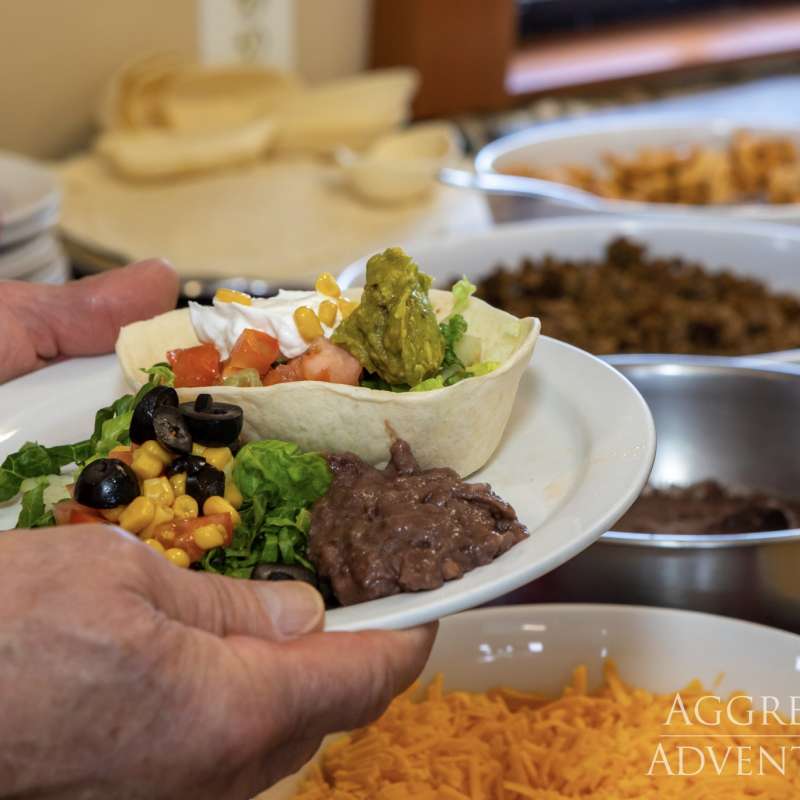 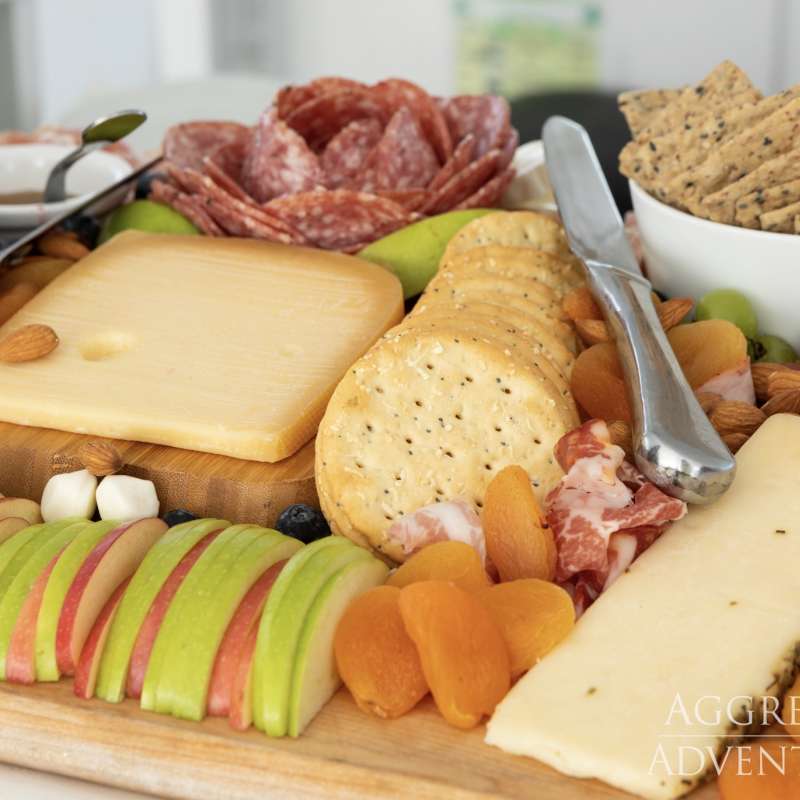 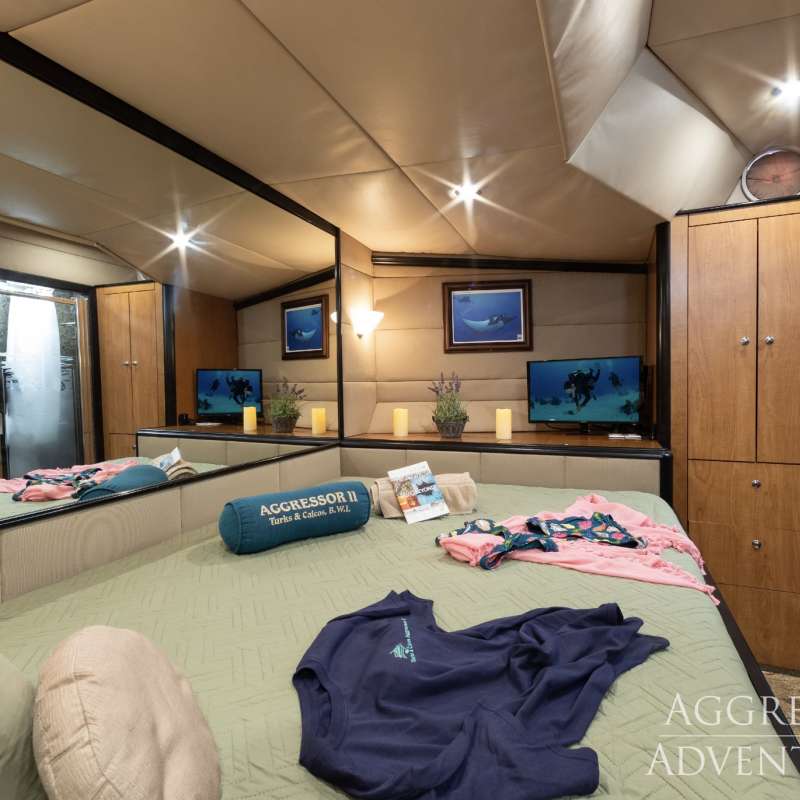 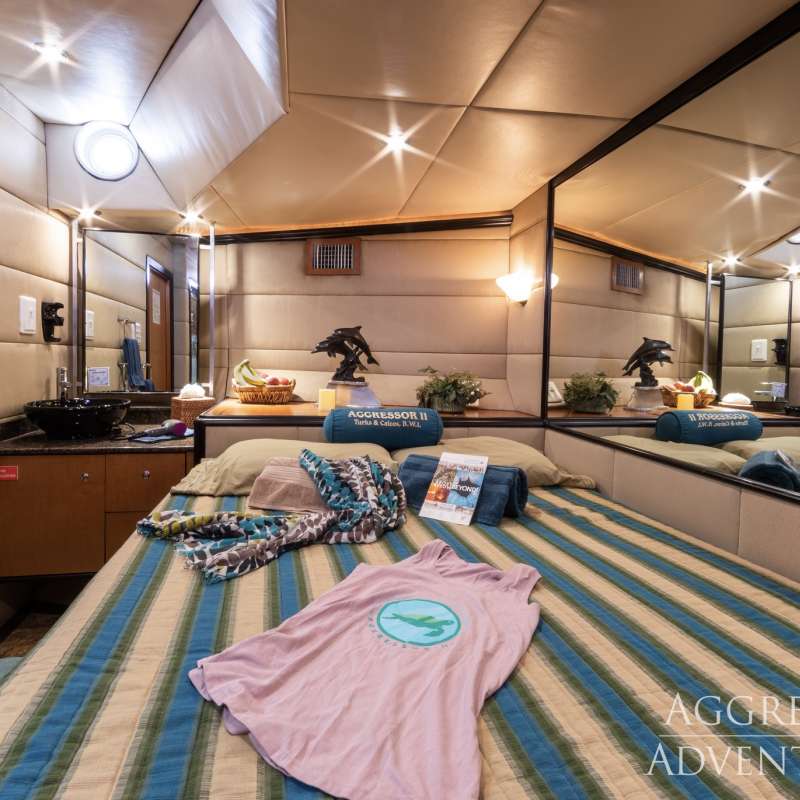 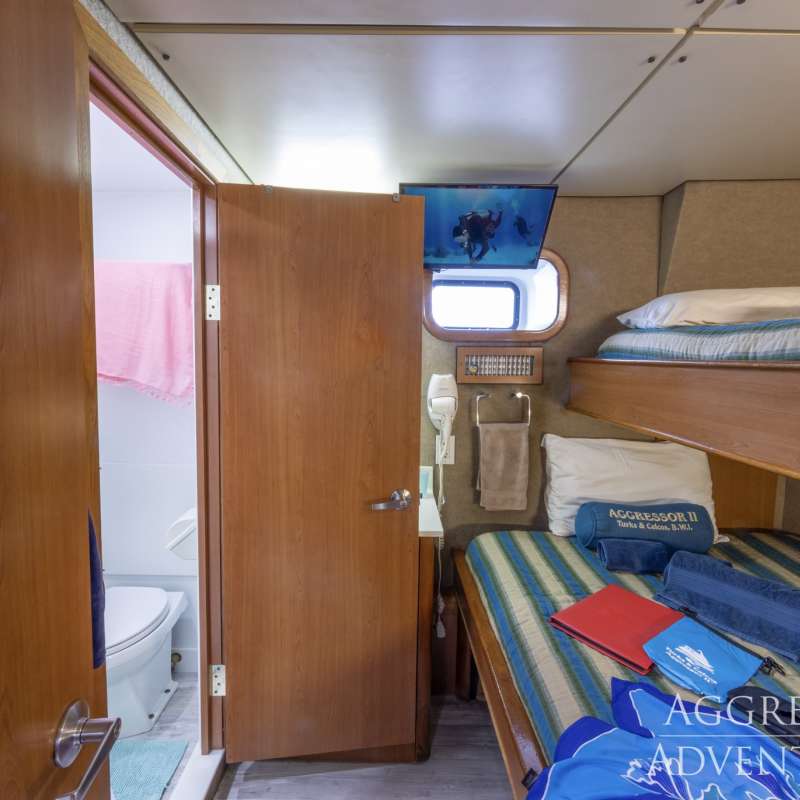 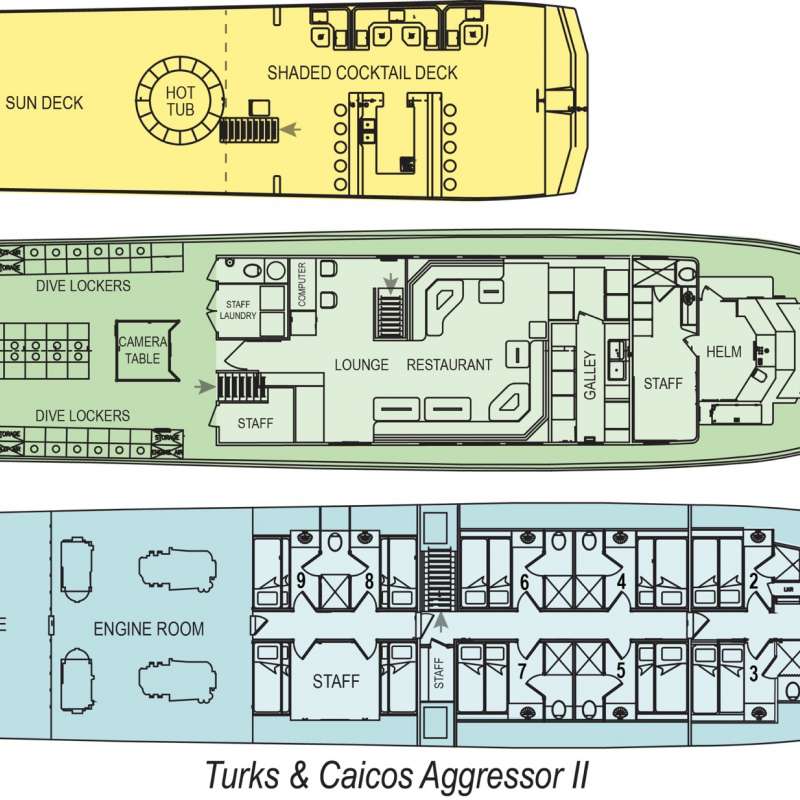 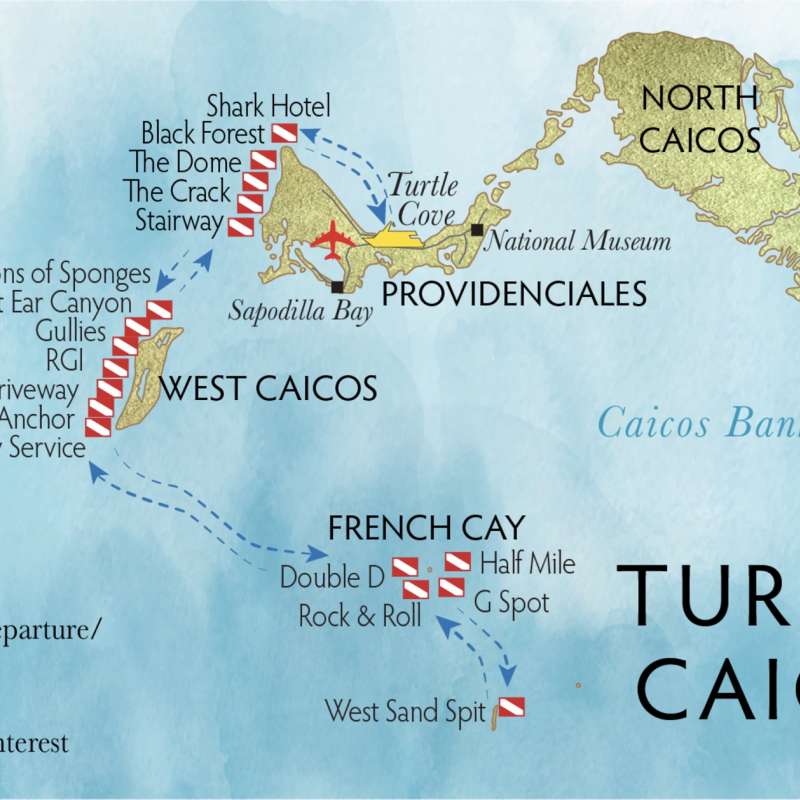 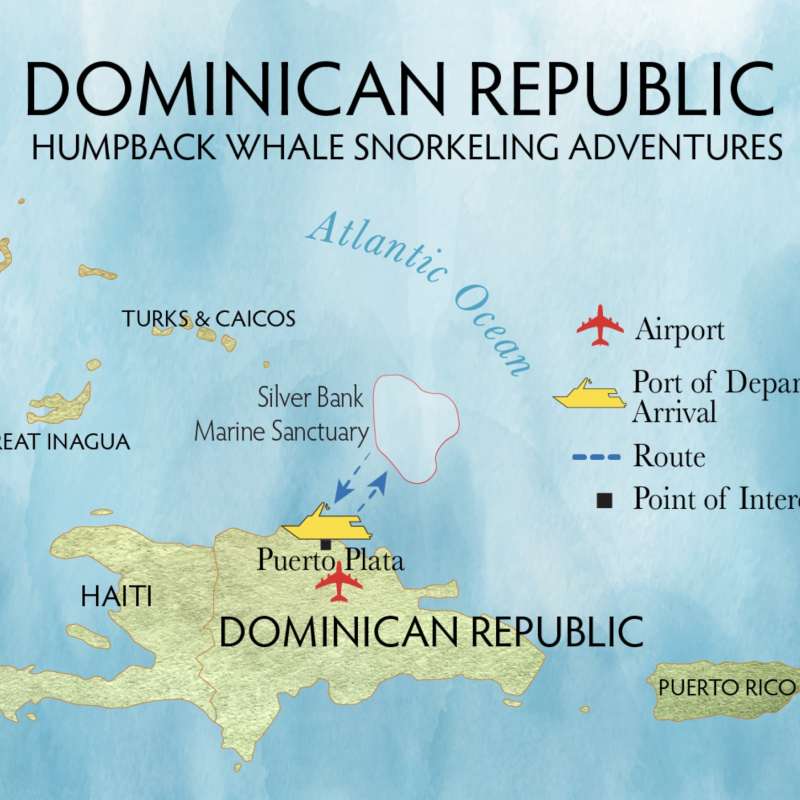